In the summer of 2019, Gordon decided to get an early start on his winter preparations. Gordon, who works for Davison and has lived in Pennsylvania for his entire life, knows how important it is to prepare your yard for the brutal winter that is sure to come.

After cutting down a couple dead trees he began to get irritated, not because it was hot, or because he was dreading another winter.  He was frustrated because his pants kept sliding down. In a moment of frustration Gordon grabbed a bungee cord from his pile of tools and wrapped it around his waist. Gordon continued to cut down the dead trees and shrubs. Finally, he had cleared enough for the day. He then removed the bungee cord from his waist and used it to bundle up the limbs and debris laying around…. and that’s when it hit him, his

Gordon thought, I can’t be the only one with this problem, so he went to work building the bungee belt.

Another great invention by Davison in a long line of idea success stories.  It's clear that Davison wrote the book on Inventing.  Click on the guide below to get free information on inventing.

Bungee Belt as a Hunting Belt? 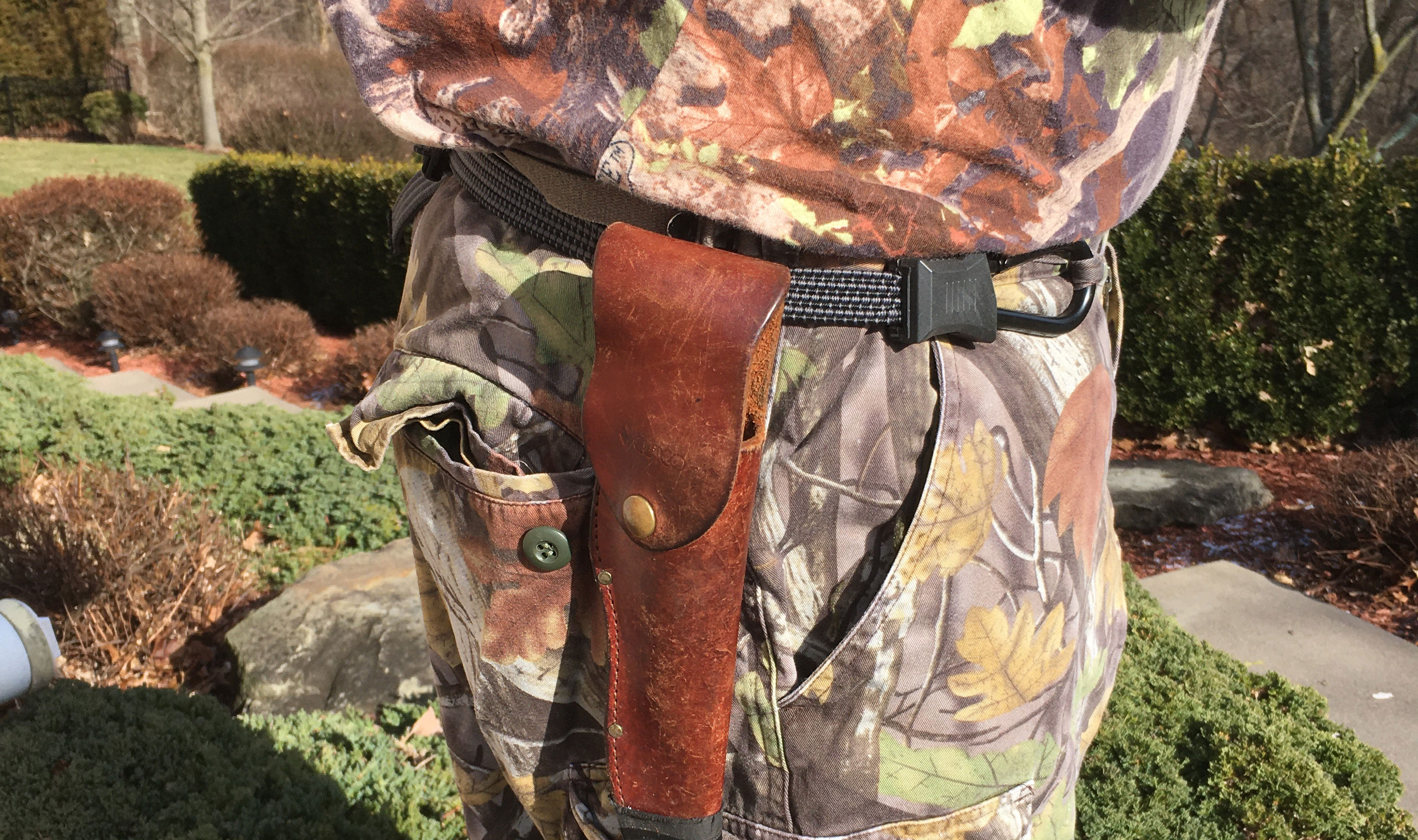 Our very own Greg C. is putting our "work hard play hard" slogan to the test, by using his Bungee Belt for recreational use.  Thank you for the picture, Greg!  We can't wait to show you what we have coming out next.

Follow Davison to keep up with new inventors and inventions.